Francesco Redi showed that maggots do not spontaneously arise from decaying meat. To prove this he designed a simple controlled experiment, now referred to as the “Redi Experiment.” The idea of a controlled experiment is that two tests are identical in every aspect, except for one factor. When carried out simultaneously, the hypothesis is that this differing factor (called the “manipulated variable”) is the cause of the different results in each experiment.

1. Redi placed meat in two identical jars. He left one jar uncovered and allowed flies to come into contact with the meat. He covered the other jar with a cheese cloth or other cloth that allowed air to pass through. Contact with the air allowed the meat to decay, just as the other would. Hypothesis: Both pieces of meat would decay, but only the one that had physical contact with the flies would produce maggots. Therefore, the decay itself would be eliminated as the cause. 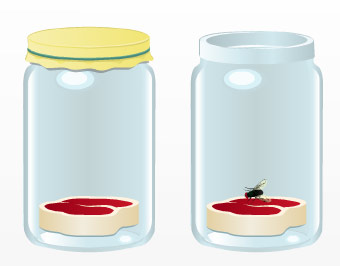 2. After a short period of time Redi observed maggots (fly larvae) on the decaying meat of the open jar. There were no maggots on the meat in the covered jar. 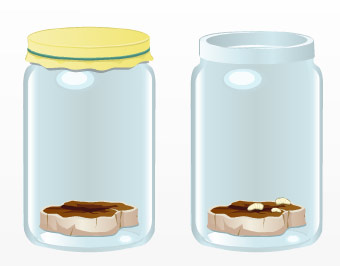 Try it at Home

With a few simple items, you can try the same spontaneous generation experiment at home.

What does this experiment prove? Did your results match Francesco Redi’s spontaneous generation experiment?

The Laws of Life: Louis Pasteur

Bastian and Pasteur on Spontaneous Generation