Originally published on July 5, 1985 by the Centers for Disease Control and Prevention

On July 6, 1885, Louis Pasteur and his colleagues injected the first of 14 daily doses of rabbit spinal cord suspensions containing progressively inactivated rabies virus into 9-year-old Joseph Meister, who had been severely bitten by a rabid dog 2 days before. This was the beginning of the modern era of immunization, which had been presaged by Edward Jenner nearly 100 years earlier.

Pasteur’s decision to treat the child followed 4 years of intensive research, culminating in the development of a vaccine capable of protecting experimentally challenged rabbits and dogs. His decision was difficult: “The child’s death appeared inevitable. I decided not without acute and harrowing anxiety, as may be imagined, to apply to Joseph Meister the method which I had found consistently successful with dogs” (1). The immunization was successful; and the Pasteur rabies immunization procedure was rapidly adopted throughout the world. By 1890, there were rabies treatment centers in Budapest, Madras, Algiers, Bandung, Florence, Sao Paulo, Warsaw, Shanghai, Tunis, Chicago, New York, and many other places throughout the world.

The basic “Pasteur Treatment,” based on brain tissue vaccine with the addition of formaldehyde, is still used in many countries of the world where rabies is prevalent. This treatment still involves immunizations given daily for 14-21 days, and it still carries the same risk of neurologic sequelae as in Pasteur’s day. In the United States and other developed countries, more potent, safer, but very expensive, cell culture-based rabies vaccines are combined with hyperimmune globulin for postexposure treatment. The efficacy of such regimens has been well proven.

Another era in vaccine development is now beginning–an era based on the practical application of recombinant-deoxyribonucleic acid (DNA) technology and other novel genetic manipulations of rabies and other viruses and microorganisms. These new technologies promise even more potent and safer vaccines, as well as lower costs, improved stability, and easier delivery throughout the world to people at risk.

In celebrating the Pasteur centennial, the preeminent role of vaccines in the control of infectious diseases is recognized; as Rene Dubos stated: “Even granted that the antirabies treatment had saved the lives of a few human beings, this would have been only meager return for so much effort . . . . It is on much broader issues that Pasteur’s achievements must be judged. He had demonstrated the possibility of investigating by rigorous techniques the infectious diseases caused by invisible, noncultivable viruses; he had shown that their pathogenic potentialities could be modified by various laboratory artifices; he had established beyond doubt that a solid immunity could be brought about without endangering the life or health of the vaccinated person. Thanks to the rabies epic . . . immunization (has) become recognized as a general law of nature. Its importance for the welfare of man and animals is today commonplace, but only the future will reveal its full significance in the realm of human economy” (2). Reported by Div of Viral Diseases, Center for Infectious Diseases, CDC. 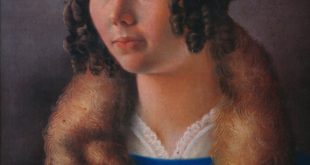 by Bert Hansen, Ph.D. Professor Emeritus of History Baruch College of CUNY It has long …