Louis Pasteur, The United States and The Pasteur Institute

Louis Pasteur provided groundbreaking scientific leadership in many fields. However, it was in December of 1885, just six months after his first successful treatment of a rabies victim, that Pasteur was to be internationally recognized for his work in medicine. On the other side of the Atlantic, in Newark, New Jersey, four boys had been bitten by a dog suspected to be rabid. A well-known physician, Dr. William O’Gorman, recommended that the children be sent to Louis Pasteur for treatment and issued his appeal:

“ I have such confidence in the preventive forces of inoculation by mitigated virus that were it my misfortune to be bitten by a rabid dog, I would board the first Atlantic steamer, go straight to Paris and, full of hope, place myself immediately in the hands of Pasteur…. If the parents be poor, I appeal to the medical profession and to the humane of all classes to help send these poor children where there is almost a certainty of prevention and cure. Let us prove to the world that we are intelligent enough to appreciate the advance of science and liberal and humane enough to help those who cannot help themselves..“

This appeal to individuals in the United States, for those who desperately needed this medical treatment, as well as to philanthropists who recognized the global need to implement Pasteur’s new discoveries as standard medical procedure, created an uproar throughout the country. Those that could afford to send their children by steamer to Paris, quickly did so. For families unable to produce such means, funds were amassed to help those in need.

The four boys affected by the rabies virus were sent to Paris and returned home in January 1886 cured from the scourge. While many see this story as the catalyst to the creation of the Institut Pasteur in 1887, it is undeniable that the appeal played a large part in its beginning. In response to the world’s reaction to Pasteur’s rabies vaccine and with the contributions that began to arrive, the French Academy of Sciences established an international fund for the construction of an institute that would bear the name of Louis Pasteur. In the U.S., a small notice was published in the New York Herald Tribune and many Americans like Gordon Bennett, the editor of the paper, showed their gratitude through their philanthropy becoming the first donors of the institute. 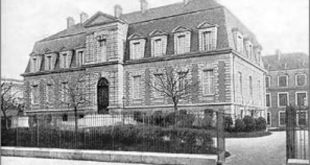