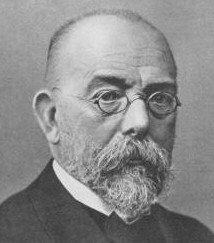 The discussion over Dr. Koch’s discoveries gives especial interest to any original contributions to the knowledge of microbes. Prof. FRANKLAND’S article in the English Illustrated Magazine is a popular account of some of his own investigations. He found, for instance, that KOCH’s Comma bacillus, which is probably the inducing cause of Asiatic cholera, had its power of growth entirely arrested by exposure for several days to an atmosphere of carbonic acid gas. Dr. KOCH has himself pointed out that it is not necessary to destroy the microbe, that it is sufficient to arrest its growth. Other organisms are not so sensitive to this gas as the supposed cholera germ. Indeed there is no end to the caprices of these low forms of life as to the food, air, and the other conditions they prefer.

The investigations into the nature of these organisms have, besides thief immensely important bearings upon health, important bearings upon industry and agriculture. PASTEUR’S first investigations were upon the yeast microbes in beer and wine. He spent many of the best years of his life in the study of the minute microbes of yeast. The most famous of all chemical changes, and that with which the world has the most ancient acquaintance, is the conversion of sugar into alcohol. There is scarcely any race of men so primitive as not to have discovered the art of making an alcoholic beverage. It was the discovery that this transformation is due to the presence of certain living particles, about one three-thousandth of an inch in diameter, which first caused attention to be directed to the little organisms of which so much is said to-day. This discovery was made by LATOUR and SOHWANN about fifty years ago. But little further was learned of the subject till PASTEUR took it up. He showed that there were a number of different races of these yeast microbes, as different as the various races of men, fitted to do their work at different temperatures, but all endowed with the power of making alcohol out of sugar. For instance, the yeast microbes of English beer work at a higher temperature than those of lager beer or wine.
PASTEUR’S investigations into the yeast organisms led him to discover certain other organisms which produce diseases in beer and other fermenting liquids. A bottle of claret, as we all know, may be work $5 when opened and is not worth 5 cents the day following. This change is accomplished by a little microbe which will in a few hours turn unto vinegar Lafitte which has been ripening since 1864. The principal product, besides alcohol, into which the yeast microbes decompose sugar is carbonic acid. Now, carbonic acid arrests the growth of the vinegar microbe. Hence the use by brewers of carbonic acid. It has been found that carbonic acid is very generally prohibitive of the growth of these organisms, particularly of many of the disease-producing organisms. We have seen this to be the case in the Asiatic cholera bacillus discovered by Dr. Koch. 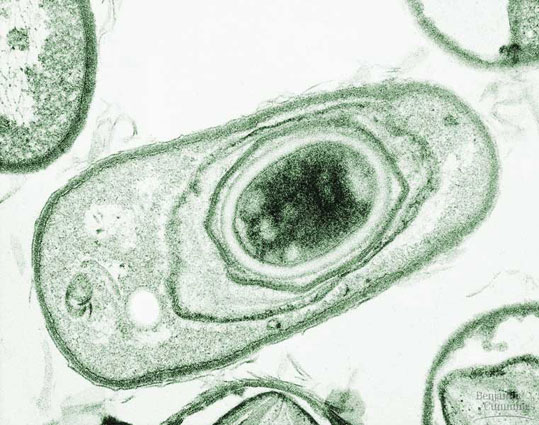 The first discovery of a disease-producing microbe, that of anthrax or wool-sorter’s disease, was made in 1852. Since that day disease after disease has been demonstrated to be the result of these organisms. The question arises how the existence of such little organisms in the system of an animal can be so destructive of health. The mischief done cannot be due to the mechanical action of these particles, for they are often too few in number to account for such a result. One theory is that the microbes have the power of producing chemical substances which are poisonous. There are many facts to support this theory, and although the actual poison of any disease has not been discovered, still a number of poisons produced by microbes have been isolated and obtained in a state of purity.
Concerning protective and preventive measure against these organisms, our knowledge is mainly empirical. We have found that immunity against disease is obtained by certain methods, but the processes by which these act is entirely unknown to us. It is supposed, for instance, that vaccination acts by devouring the food in the system upon which the smallpox microbes must live on their arrival. The method pursued by PASTEUR with hydrophobia is to introduce the poison gradually into the blood until the system becomes accustomed to it just as, by the gradual taking of doses of arsenic, people may be able to take without harm a quantity of poison which would kill a man not so prepared. If the nature of these processes is not understood, enough has been discovered of the facts to be of the greatest practical value and already to have had an influence upon the death rate.

Originally published in The New York Times on December 7, 1890