Joseph Lister was a British surgeon that pioneered the idea of sterile surgery, based on the discoveries of Louis Pasteur and his investigation of microbes as described in the germ theory. The idea that microbes played a key role in causing infection, or “putrefaction” as Pasteur referred to it, was still not widely accepted in the medical world and the fact that Lister openly received the ideas of Pasteur and implemented them in his medical practices caused many grievances amongst the British medical community. In 1874, Lister contacted Pasteur and the two began direct correspondence with each other during the following period.

February 10, 1874
My dear Sir:
Allow me to beg your acceptance of a pamphlet, which I sent by the same post, containing an account of some investigations into the subject which you have done so much to elucidate, the germ theory of fermentative changes. I flatter myself that you may read with some interest what I have written on the organisms which you were the first to describe in your Study on the lactic fermentation.
I do not know whether the records of British Surgery ever meet you eye. If so, you will have seen from time to time notices of the antiseptic system of treatment, which I have been labouring for the last nine years to bring to perfection.
Allow me to take this opportunity to tender you my most cordial thanks for having, by your brilliant researches, demonstrated to me the truth of the germ theory of putrefaction, and thus furnished me with the principle upon which alone the antiseptic system can be carried out. Should you at any time visit Edinburgh it would, I believe, give you sincere gratification to see at our hospital how largely mankind is being benefited by your labours.
I need hardly add that it would afford me the highest gratification to show you how greatly surgery is indebted to you.
Forgive the freedom with which a common love of science inspires me, and
Believe me, with profound respect,

Unused to such cordial correspondence, Pasteur replied to Lister in a similar vain, but being the scientist he is, he could not sustain from making several criticisms about Lister’s methods:

February 27, 1874
Dear sir, your letter was extremely gratifying to me, and I have immediately asked one of my good friends who knows English well to translate for me the brochure that you were kind enough to send. I had indeed heard of your system of antisepsis…but I must admin to my great embarrassment that I was, and still am, rather uniformed about your work, although I have long wished to learn more about it…I am astounded by the precision of your manipulations, and by your perfect understanding of the experimental method, for it is a mystery to me how you can carry out research that demands so much care and constant work while exercising the profession of a surgeon and head of a great hospital establishment. I do not think that another example of such a prodigy could be found in my country…As for the substance of this work, I have no right of course to contest the legitimacy of your conclusions, but if I had the leisure, I would take the liberty of presenting a few critical observations to you…Your method of culturing is remarkable for its rigor and for its understanding of the difficulties inherent in this kind of study, yet I make bold to tell you that I wish it were even more rigorous and that you paid more attention to the purity of your seeds. I would like to continue, but writing quickly tires me. In October 1868, I was struck by a paralysis of the left side, and I still have not entirely recovered from this terrible blow. At any given moment my head can sustain only a limited amount of effort and work. Bending my head, especially while writing is quite difficult for. Still, I am sorry to have to leave you.

The combination of Louis Pasteur’s germ theory and Joseph Lister’s method of antiseptic surgery revolutionized medicine. The elimination of germs from the ambient air and medical implements would later become a standard medical practice worldwide. This greatly increased the survival rate of surgery patients by decreasing the frequency of infection after a surgical procedure. 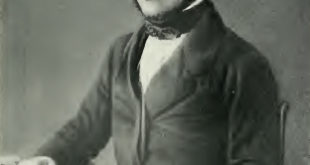