Lecture by Dr. Sternberg at the Long Island College Hospital

Many members of the Alumni Association of the Long Island College Hospital sat in the lecture room yesterday evening and listened to a lecture delivered by Dr. George M. Sternberg, major and surgeon U.S. Army, on “Hydrophobia.” The lecturer while in France examined closely into Pasteur’s method of inoculation for rabies, and seems to thoroughly believe in it. He met Pasteur, and with him watched the progress of many cases.

The brain and spinal cord of rabid dogs, he said, contain the virus of hydrophobia, and the disease may be transmitted with this matter. In a rabbit inoculation produces rabies in fifteen days, but transmitted through monkeys the disease is much longer in developing. As rabbits are easily obtained it is apparent that it is easy to keep on hand a stock of the most potent virus. The natural is too strong to be used at first, but Pasteur has discovered a method of attenuating it to any desired degree by suspension in dry air. It is Pasteur’s method to commence the protective inoculation with the mildest form, and then to use the most potent when the period of incubation is reduced to seven days. Before testing his method on the human frame, Pasteur had tried it on fifty dogs, and in every case he secured immunity. 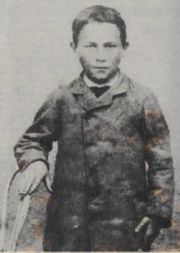 
On July 6, last, he made his first experiment on the human frame, the patient being a boy named Joseph Meister, who had been terribly bitten by a dog supposed to be rabid. Eight months after the bit the boy remained healthy, as did others for longer and shorter periods after bites by other dogs. So rapidly did the fame of these cases spread that in a few months, the three hundred and fiftieth patient was inoculated. After the most searching investigation and patient watching Pasteur concluded that his method had stood the test. But the final results cannot be ascertained accurately yet, although the dangerous period has passed in most of the cases treated. It appears, however, that several persons have already been rescued from death by Pasteur’s treatment. The prophylaxis of rabies, after infliction of the bit has been established, and it is urged that an establishment for protective inoculations against rabies should be founded. The only criticism which suggests itself, said the lecturer, of Dr. Pasteur’s statement of facts is that he does not attach as much importance to the prophylactic of early and thorough cauterization as this measure seems entitled to. The considerable number of cases in which cauterization was practiced may have had a greater influence upon the favorable result in the extended series of cases reported than Pasteur has been willing to admit. It will be well to withhold our final judgment as to the value of the method as applied to man until the 350 cases reported are all beyond the limits of the time, within which the disease may develop, and especially until we have from Pasteur a satisfactory explanation of the failure in the cases of three wolf bitten Russians who have recently died of hydrophobia after having submitted to his treatment. Dr. Sternberg concluded his lecture by displaying some bottled germs of most of the malignant fevers and explaining their formation by diagrams. Some of the bottled bacilis were of such a dangerous character that the little glass tubes were not handed round. The cholera germ was thus allowed to repose in a cigar box with several others, while the young tuberculosis, the juvenile typhoid, the remittent bacilli and other cheerful visitors in a community were handed round among the company.

Originally published in the Brooklyn Daily Eagle on April 22, 1886