Predatory Leadership & Louis Pasteur – What is The Connection?

Originally published on the Predatory Leadership Blog on December 7, 2008 and re-produced here with the author’s permission. 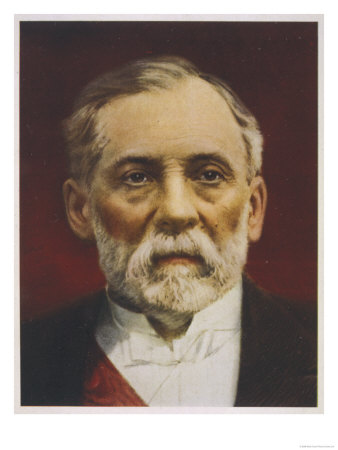 Lack of awareness of the global impact of predatory leaders today is akin to the lack of understanding of the causes of disease prior the research and discoveries of Pasteur, Lister and Koch. Until then, doctors knew nothing about bacteria, virus and other invisible agents; they had no idea that these microscopic agents existed or were the source of many of the deadliest diseases affecting humans.

Along the line of thinking that the high offices of government and corporate leadership harbor a major source of humanity’s problems, prior to Pasteur, hospitals and doctors themselves were great sources of disease. There were many theories about the causes of disease – primordial beliefs that illness was caused by any number of causes: supernatural forces, Greek & Roman explanations of the humours of the body, Egyptian theories about the channels of the body, spontaneous generation, and so on. The most effective descriptions and treatments of illness by doctors and researchers came from logical deductions based on observations and intuitive guesses. From ancient times through the 18th century, no significant progress was made in understanding and effectively responding to the causes of disease.

The Industrial Revolution spawned a massive migration of rural populations seeking work in the major cities of 19th century Europe. The resultant crowding of humanity into tight, unsanitary quarters resulted in public health problems on a scale never before experienced. Plagues of influenza, typhus and cholera in the 1800’s killed hundreds of thousands of people; doctors struggled to keep up without knowing the causes of the diseases. While some researchers such as John Snow and Edwin Chadwick were able to show links between cholera outbreaks and unclean drinking water, they did not have scientific proof to support their theories. That lack of proof was sufficient to allow government officials to deny public health measures that could have saved millions of lives. Surgeons continued to work on patient after patient without washing their hands, spreading disease as effectively as a wind spreads a wild fire. To make any progress in reducing the murderous rate of death caused by hospital workers and the conditions in hospitals, the field of medicine needed a complete reconstruction.

After Pasteur discovered microbes and showed the connection between bacillus and disease, medical researchers developed new tools and techniques that transformed both their macro and micro perceptions and abilities in the world of health. As a result they were able to greatly reduce the devastation caused by numerous plagues and epidemics.

We are potentially on the threshold of a similar transformation in the world of human leadership. Presumptions about leadership are similar to the presumptions about medicine prior to 1850. Leaders affect every human on the planet and most people feel powerless to do anything about the decisions and actions of their leaders. In much the same way that bacteria and viruses create a huge impact upon the life forms that they infest, there is an invisible element that infects the quality of leadership worldwide. That element is the Predatory Leader.

If you look at a humane and compassionate leader sitting next to an effective and powerful predatory leader, at first glance it may be difficult to tell the difference. From Gandhi to Hitler, Martin Luther King to Idi Amin, they all had a lot in common. They all had ambition and vision. They had supporters who followed them blindly with adoration and they had enemies who wanted them eliminated in any way possible. They had the ability to motivate people and, pretty much every step of their careers, they were able to achieve significant results that contributed to how they were viewed by others and how they were able to move forward in those careers.

Just as viruses and bacteria did (and still do) some of their worst damage in locations dedicated to health, predatory leaders show up within every institution where we are expecting wise, compassionate and noble leadership. As these charismatic personalities are working their way into greater positions of power, they are doing whatever is necessary to get closer to their goals. The general population is not paying attention to them. By the time they have great public visibility, power and control, they are as entrenched as a fourth stage cancer and it is too late for the public body to get rid of them.

When we learn how to identify, contain and divert such people early in their careers, then we will have room in our institutions for the kind of leadership who will do the work we deserve of them. The process will be complex and will require an immense amount of dedication and research. The results will be a planet free of war, famine, and plague, and very importantly, a world where no one is denied the opportunity to achieve their full potential.