Take of spring water what quantity you please, make it more than blood-warm, and dissolve honey in it until it is strong enough to bear an egg, the breadth of a shilling; then boil it gently, near an hour, taking off the scum as it rises. Then put to nine or ten gallons seven or eight large blades of mace, three nutmegs quartered, twenty cloves, three or four sticks of cinnamon, two or three roots of ginger, and one-quarter ounce of Jamaica pepper; put these spices into the kettle to the honey and water, a whole lemon, with a sprig of sweet briar, and a sprig of rosemary. Tie the briar and rosemary together, and when they have boiled a little while, take them out and throw them away; but let your liquor stand on the spice in a clear earthen pot till the next day. Then strain it into a vessel that is fit for it, put the spice in a bag, hang it in the vessel, stop it, and at three months draw it into bottles. Be sure that it is fine when it is bottle. After it is bottle six weeks it is fit to drink. 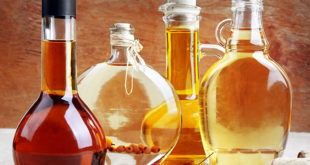