Originally printed in the American Druggist: A Weekly Illustrated Journal of Practical Pharmacy in 1892 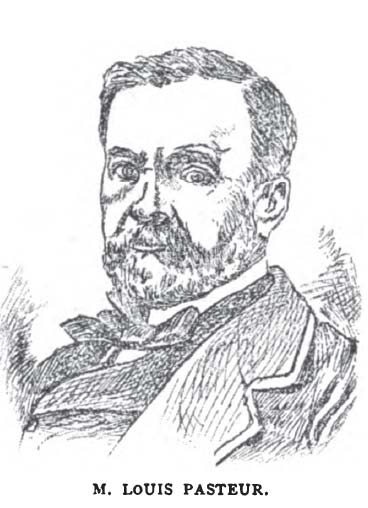 On Tuesday, Dec. 27th, M. Louis Pasteur, the distinguished biologist and chemist, celebrated his seventieth birthday at his home in Paris. The occasion was one of great pomp, undisturbed by the political scandals of the hour. M. Pasteur was given a magnificent ovation. The famous savant entered the hall leaning on the arm of M. Carnot, President of the Republic. The eminent English surgeon, Sir Joseph Lister, made a speech in which he was loudly applauded, especially that part in which he admired M. Pasteur as much for his integrity as for his scientific attainments.

M. Pasteur was so moved by the ovation which he received that he was not able to speak, and his son read his speech. The aged scientist sobbed when he spoke of his wife and relatives.

Then various delegations filed by to congratulate him. The most applauded were the Copenhagen and Stockholm delegations. The scene was most interesting. It was regretted that the scientific societies of Berlin were not represented.

M. Pasteur’s fame as the discoverer of the cure or preventive of hydrophobia will last forever. His name is also connected with the anti-cholera vaccine of M. Haffkine.

The AMERICAN DRUGGIST presents the above exact likeness of M. Pasteur from a recent photograph.