Excerpt from Pasteur biography by René Dubos.  Download the complete book at the end of this article.

Louis PASTEUR was born on December 27, 1822, at Dôle in the eastern part of France, where his father owned and managed a small tannery. When he died on September 28, 1895, at Villeneuve l’Etang near Paris, his name had already become legendary as that of the hero who had used science to master nature for the benefit of mankind. Many fields had been opened or enriched by his labors: the structure of the chemical molecule; the mechanism of fermentation; the role played by microorganisms in the economy of matter, in technology, in disease; the theory and practice of immunization; the policy of public hygiene. But the importance of his discoveries is not in itself sufficient to account for his immense fame. Among Pasteur’s contemporaries, several equaled and a few surpassed him in scientific achievement, yet of him only was it said that “he was the most perfect man who has ever entered the kingdom of science.” For Pasteur’s name evokes not only the memory of a great scientist, but also that of a crusader who devoted his life to the welfare of man.

There were many traits in Pasteur’s personality which enormously magnified the importance of his scientific contributions to society. His intense awareness of the problems of his environment, his eagerness to participate in their solution, his passionate desire to convince his opponents, his indefatigable vigor and skill in controversy all these characteristics were as important as his experimental genius in making him not only the arm but also the voice, and finally the symbol, of triumphant science. 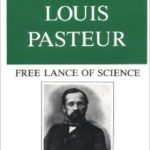 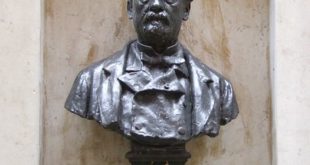 Originally published in “The Rotarian” magazine in June, 1937 A little more than a century …