The details of the negotiations that led recently to the purchase for presentation to the French Nation of the birthplace of Louis Pasteur, at Dole, France, through a gift of John D. Rockefeller, have just become public.

A committee had been formed in France under M. Pieyre, Mayor of Dole, to raise a sum of money to buy the house and to fix an endowment for its maintenance, in order to preserve it as a public memorial to the great French physician. Many leading scientists and men in public life were enlisted as sponsors, and circulars inviting subscriptions were distributed throughout Europe and America. It was announced that $11,000 would be needed to buy and repair the property and $4,200 for its maintenance endowment.

This plan came to the notice of Mr. Rockefeller, who caused an inquiry to be sent to the French Ambassador at Washington through Dr. Simon Flexner, Director of the Rockefeller Institute for Medical Research , asking whether it would be acceptable to the committee in charge if he should purchase the house, put it in repair, and present it to the French Nation as his contribution toward the undertaking, leaving the public subscription open to provide the sum needed for maintenance.

Dear Sir: You may perhaps recall the recent correspondence with Jerome D. Greene with reference to the enterprise now on foot for the acquisition of the house where pasteur was born as a public monument. This enterprise has interested John D. Rockefeller, who has felt the greatest admiration for Pasteur, and has also testified, as you know, to his faith in the importance of the work to which Pasteur gave his life by establishing and permanently endowing the Rockefeller Institute for Medical Research.

The debt to Pasteur is, of course, universal, not local or national, and in no part of the world has his life been more of an inspiration than in America. I am of the opinion that, if agreeable in France to those actively interested in this matter, Mr. Rockefeller would have the utmost pleasure in bearing the cost of the purchase, repair, and equipment of Pasteur’s birthplace amounting to 55,000 francs, as part of the American contribution to this admirable undertaking. I take the liberty, therefore, of asking your Excellency whether such a gift, were it offered, would be acceptable.

Mr. Rockefeller quite understands that the memorial to Pasteur will have a greater significance if it expresses the gratitude and devotion of many persons in different countries than if it represents the act of an individual. The general character of the subscription would, however, be maintained under the conditions suggested, and Mr. Rockefeller would be glad if his own share in the gift could be regarded as representing the good will of his countrymen.

I shall greatly appreciate your counsel in this matter, so close to the hearts of all humanitarians. Very respectfully.

The contents of this letter were cabled to France and referred to the President of the Pasteur Committee, M. Pieyre. The offer was at once accepted, and Mr. Rockefeller received this letter from Dole:

I have the honor of being directed by the members of the Pasteur Committee and by my colleagues of the Departmental Assembly to express to you on their behalf and on that of all the people of Dole our deep gratitude for the noble and generous thought which has animated your decision to assume the cost of purchasing, furnishing, and repairing the birthplace of Louis Pasteur.

I shall duly send you an official copy of the vote accepting your offer, a vote passed unanimously by the members of the Pasteur Committee. Allow me, dear Sir, to assure you that the town of Dole, moved to enthusiastic recognition of your act, will not fall to honor and perpetuate your name and your act.

I shall promptly communicate to you such action as the Municipal Council takes with this and in view at the special session which I am calling.

Accept, dear Sir, with the expression of my gratitude, the assurance of my most distinguished consideration.

M. PIEYRE
Mayor and President of the Pasteur Committee.

Pasteur was born at Dole in 1822, and died in 1895. The town is situated in the Department of Jura, thirty miles southeast of Dijon, and has now about 12,000 inhabitants.

This article was originally published in the New York Time on February 15, 1912 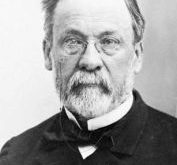 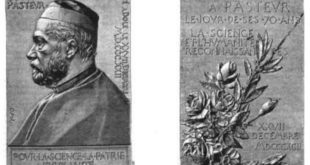 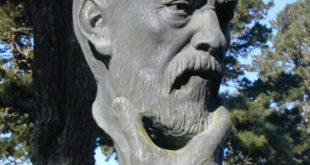